Blog 72: In which I quickly recap 20 highlights of July, August and September.

ONCE AGAIN I have failed to keep my resolution of regular blogging and so I am forced to rapidly and haphazardly retrace my steps over the past three months.

1. In July, Joe and I launched Secret Agent Derek ‘Danger’ Dale and The Case of Animals Behaving Really REALLY Badly at Black Cat Books Paddington Brisbane – with the help of my wife’s delicious cupcakes. A great day and a huge thanks to everyone who turned up to support us. 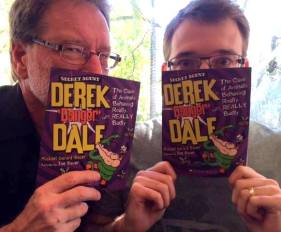 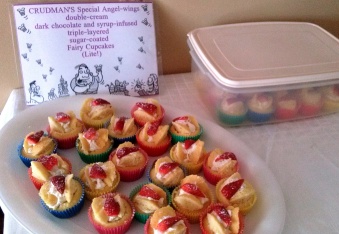 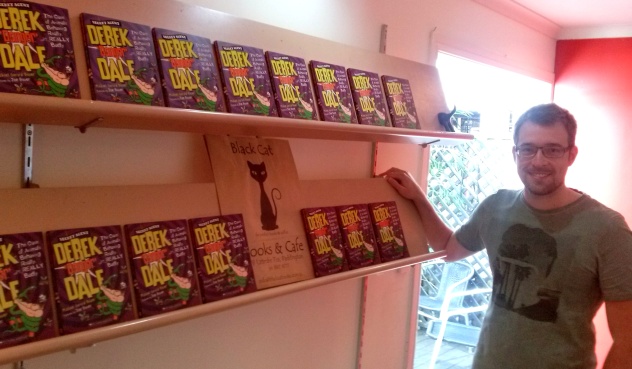 2. Soon after, Derek started popping up in bookshops.

3. Following Australia’s shock exit from the World Cup before the Final, I threw my support behind the Bauers’ ancestral homeland and came up trumps. YA!

4. Over a 6/7 week period, mainly in August, I visited around 30+ schools in Cairns, Brisbane, the Gold Coast, Toowoomba and Melbourne, meeting heaps of fantastic kids along the way. 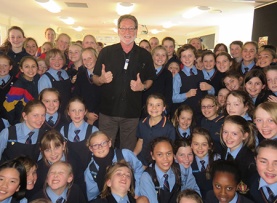 5. I also managed to take some of the world’s worst selfies.

6. During my travels, I was lucky enough to catch up with some awesome  writerly colleagues, including … 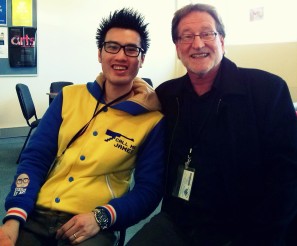 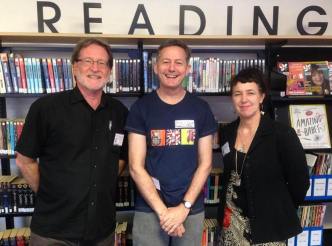 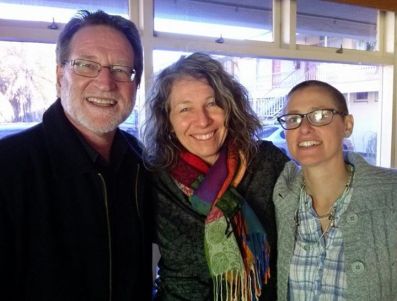 7. I also met lots of dedicated, hard-working, knowledgeable, enthusiastic and friendly teachers, librarians and library staff who went out their way to make me feel very welcome and special. 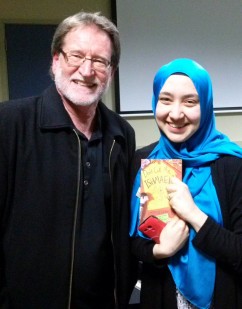 8. I also checked out some of the school libraries’ wildlife including some great bush turkeys from St Joseph’s Primary School Bardon in Brisbane and this weight-challenged rabbit from the Glennie school in Toowoomba. 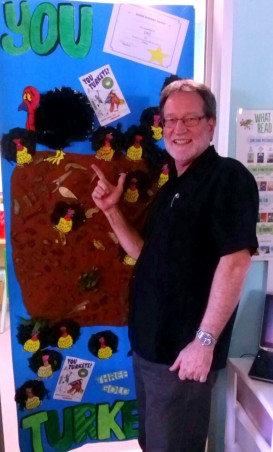 9. I had these as part of my morning tea at Fintona Girls school in Melbourne. Lego + Chocolate. Does it get any better? 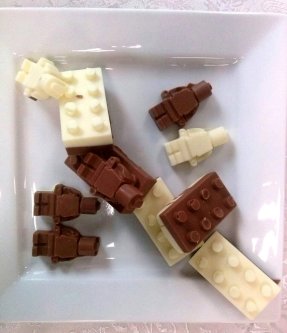 10. I got to stay a few days with my daughter the Megstar in Melbourne which as you can see, delighted her no end.

11. I had another BIRTHDAY! Same thing happened last year. (Never too late to send presents!) Believe it or not, I’m actually looking forward to my 40s. 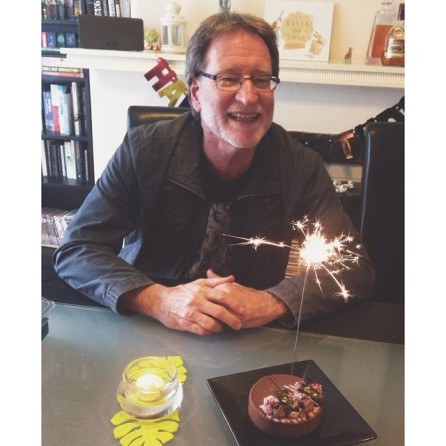 12. I saw this frog in a toilet at Oakey Council Library and it just about made my year.

13. Joe and I did a presentation on the Eric Vale series at the Brisbane Writers Festival. It was the first time we’d worked together and it was Joe’s first ever author/illustrator talk. The session was a sell-out in front of 250+ people. It was a lot of fun and Joe was awesome. Plus we made the Brisbane News magazine on Fathers’ Day. Proud Dad!

14. I went to the launch of Sam Wheeler’s new book Spud and Charli and had a great time. 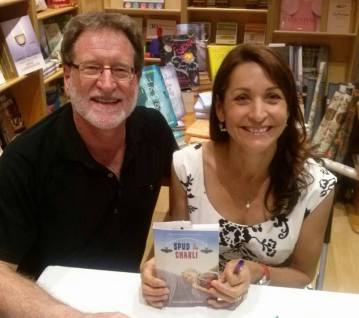 15. I briefly considered a career as a Fairy Godfather. 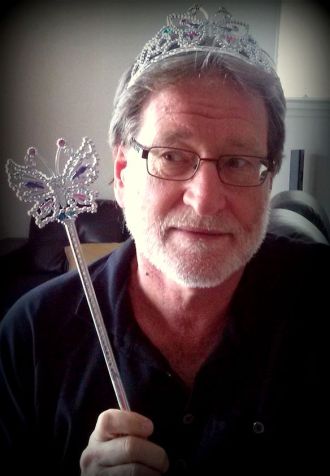 16. I finished writing the third Secret Agent Derek ‘Danger’ Dale adventure, while Joe continued to work on his fantastic illustrations for the second one.

17. The Eric Vale books continued to do wonderful things that thrilled Joe and me. Eric Vale Epic Fail was shortlisted for the Children’s Choice Awards along with a bunch of wonderful books/authors and won the Bilby award in Queensland.  Meanwhile, Eric Vale Super Male was named as a CBCA Notable Book.  Also the Eric Vale books had their 9th overseas sale, this time an English language edition destined for Asia (China, Indonesia, Japan, Malaysia, Singapore, Taiwan and Thailand.) Amazing. 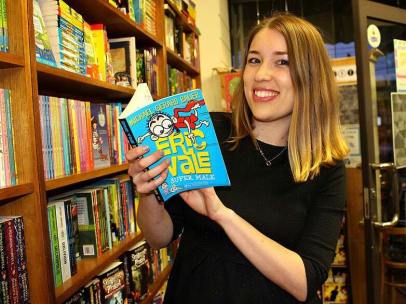 18 I spent a lazy three and half weeks waiting for my computer to update. 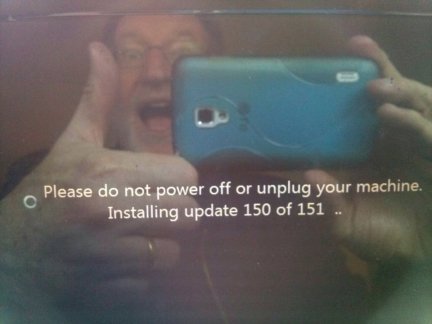 19. We installed an expensive new security system in our house.

20. And finally I had a well-earned break for a few days at Tewantin on the Sunshine Coast where I stood beside a lake at dusk for no apparent reason, and my wife was harassed by the local bird-life. 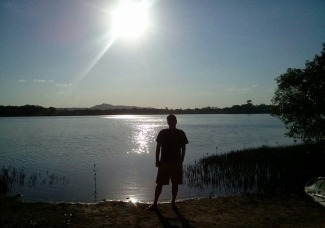 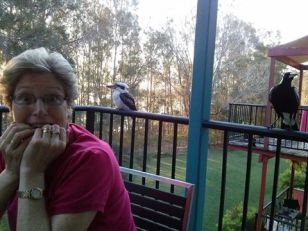 3 Responses to Blog 72: In which I quickly recap 20 highlights of July, August and September.