Well 2018 has started and it’s been very exciting.

(And when I say ‘started” I mean of course that it kicked off ages ago and now more than a quarter of it is already gone!)

(Hi Gabriella. Look a new blog! Can you believe it?) 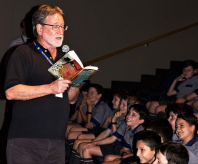 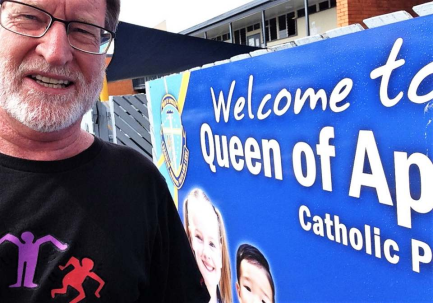 ~ At the end of January Carl Hanser published their fantastic German edition of The Pain, My Mother, Sir Tiffy, Cyber Boy and Me: Die Nervensäge, meine Mutter, Sir Tiffy, der Nerd & ich. It was also released on audio by HÖRCOMPANY. I’ve been really thrilled with the excellent reviews it has received so far. 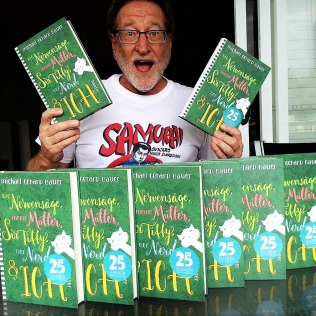 ~ In mid-February my wife and I had a few lovely days up at O’Reilly’s Rainforest Retreat   relaxing and getting up close and personal with the local fauna and flora. 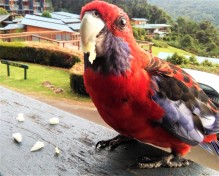 ~ I also had a visit from from Professor Dr Thomas Möbius from the University of Giessen Germany. Thomas had previously published a German study text on The Running Man and while he was in Queensland he dropped in to interview me for something else he is  writing about my other books. I’d only spoken to him via emails before so it was great catching up in person. A lovely man.

~ At the end of February it was great to see Rodney Loses It! listed among the 2018 CBCA NOTABLES in the Early Childhood category. (For more exciting developments see further down.) 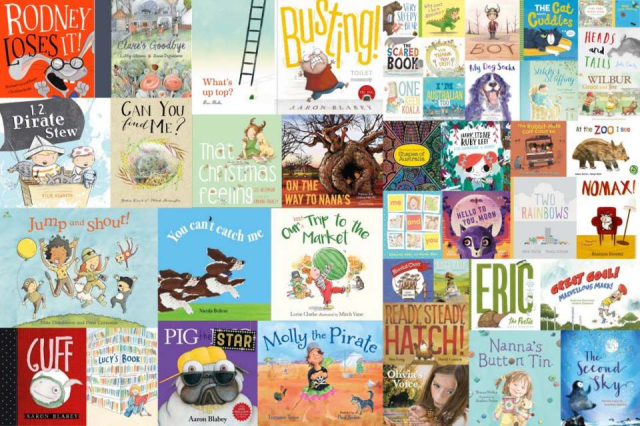 ~ In early March my wife and I went ‘bush’ again (well, sort of) and spent four days at the beautiful Fraser Island Kingfisher Bay Resort. On the four hour drive up to Hervey Bay from Brisbane to catch the ferry we passed through Tiaro home of many of my forebears, including my grandfather Arthur Bauer whose name, along with his brother’s, appears on the Tiaro War memorial. 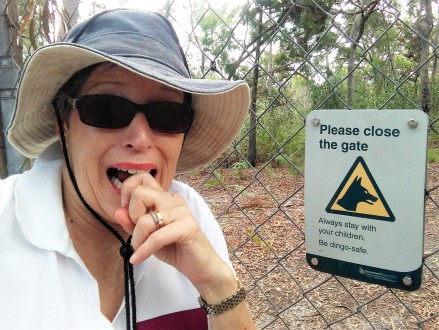 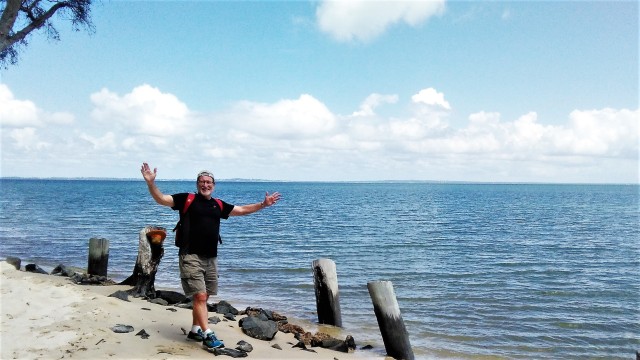 ~ At the end of March I attended a wonderful event held at the Brisbane City Hall for the announcement of the 2018 CBCA Shortlists and was blown away when Rodney Loses It! made the cut in the Book of the Year Early Childhood category. I’m am thrilled and honoured to be among these great books and wonderful authors & illustrators. A huge thank you, and congratulations, to Chrissie Krebs who brought Rodney and his manic personality so beautifully and hilariously to life. Check out Chrissie’s book This Is a Circle. 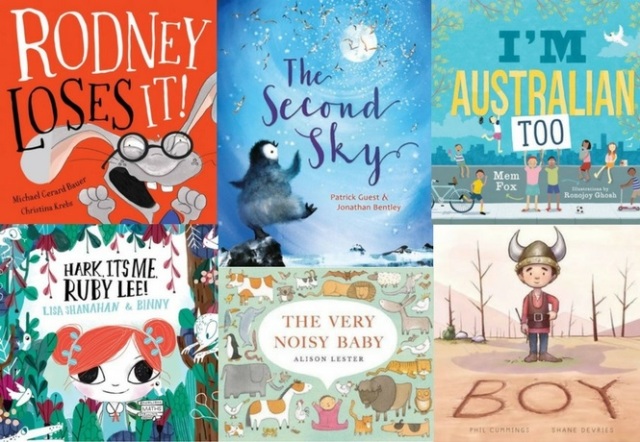 At the City Hall Short-list announcement …. 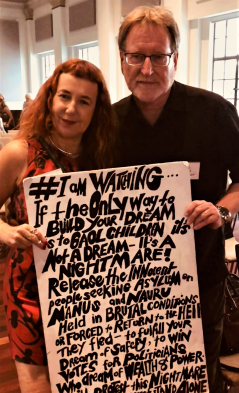 ~ In April we managed to attend one event at the Commonwealth Games on the Gold Coast. Thanks to the generosity of some friends we got to see Australia V England and Canada V New Zealand in the semi finals of the Beach Volleyball. Great fun. 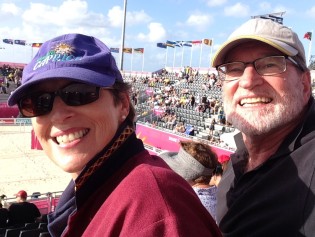 ~ And finally last Friday night at the University of Queensland Schonell Theatre I had the absolute joy of seeing the premiere performance of Don’t Call Me Ishmael: THE MUSICAL created by the super-talented duo of Chris Thomson and Fin Taylor. What a treat! A wonderful production team and a brilliant cast brought the story vividly to life on stage. Great music. Beautiful voices. A stellar ensemble performance. The packed audience of over 400 people gave it a well-deserved standing ovation. A big thanks to Underground Broadway and A Very Theatre Company

As you can see in the above photo, we attended the show with our son Joe (illustrator of the Eric Vale /Derek Dale series) and our daughter-in-law Rita Artmann.

Some of you might know of Joe and Rita ( ARTSPEAR ENTERTAINMENT) through their independent comedy films The Killage and Australiens or their comedy series The Void (season 2 of which is coming soon).

Or you might be one of the 410,000 people who have subscribed to their You Tube Channel TOON SANDWICH to watch their very popular and hilarious animated movie trailer spoofs.

If you are a TOON SANDWICH fan and you loved their SUPER HEROES BOWL animation (currently on six and half million views) then here’s some very good news. Within the next week or so Joe and Rita will be finally releasing to their You Tube Channel the eagerly anticipated follow up video: SUPER VILLAINS BOWL.

That’s right! All the villains from just about every action and super hero film you can think of, will battle it out to the death. This major project has taken over five months of intensive work and as always, everything you see and hear (including the voices of every single character) is all just Joe and Rita.

But the BIG QUESTION is, who will be the last Villain standing?????

Only one way to find out. Check out their TOON SANDWICH page, watch all the other videos and while you’re there, why not join the ever-growing throng and subscribe. That way you will be notified immediately when Super Villain Bowl is up. How convenient is that?

Also, you can check out a whole range of ArtSpear mechandise HERE (including some great tees based on the Eric Vale and Derek ‘Danger’ Dale books).  Of course, it’s highly unlikely you’ll look as good as daughter Meg and me but still … worth giving it a try at least.

Sorry, this blog has gone on FAR TOO LONG mainly because I had so much to catch up on. I’m not going to say that in future I’ll post more regularly because I always say that and I never do, but, you know, that’s what I’m thinking secretly to myself …