blog 60: In which I say farewell to 2013 and plunge headfirst (after carefully checking the depth of the water with a stick) into 2014.

A lot of people make a BIG DEAL out of creating a list of RESOLUTIONS at the beginning of each New Year and then they don’t end up keeping any of them.

And I should know, because I am one of those people.

But not any more! This year I’ve decided to abandon that pointless folly. From now on I’m going to make a list of COMMITMENTS instead and see how that goes.

2. To avoid setting outlandish goals that I have little or no hope of achieving.

3. To swim the Kokoda Track.

I will achieve this by:

5. To make a start on answering my huge backlog of SPAM fan emails.

Fingdingle: Hey all, purely evolved into responsive to your own web site by way of Google, determined that it must be really insightful. We are planning to watch out for belgium’s capital. My business is grateful if you happen to proceed this kind of in future. Appear as healthy will likely be gained out of your producing. Best wishes!

Dear Fingdingle
Thanks so much for writing! How’s that English course working out for you? If it’s any help, I’ve been told that Brussels is the capital of Belgium and has been for some time.  My suggestion would be to go to Belgium immediately and ask directions from one of the locals. Apparently it’s fairly hard to miss. And as far as “appear as healthy will likely be gained out of your producing” is concerned – truer words were never spoken!
Best wishes right back at you!
Michael

Dear OsdhsrHHl
Your moving reflection on Christmas has touched my heart. Would that all Christmas gifts were noble and equitable! You have managed to put into words what so many of us have been thinking for so long but could never express so succinctly and eloquently.

“Christmas is at worst uncut fro the corner”.

Oh how true! You have helped me to see the light. I realise now that I have been “abjuring it to the likeness” all this time without knowing! What a fool I have been.
With heartfelt thanks and not a trace of likeness abjuring
Michael

6. To pay more attention to my spelling and grandma so as to avoid pornographical errors.

7. To be more selective with my language use so that the warmth and clarity of my prose is not buried under a cold and suffocating avalanche of mixed metaphors and similes like a man adding too many layers of heavy clothing on a clear and sunny day.

8. To make sure I finish whatever I set out to do. For example:

9. To have more faith in myself. But I seriously doubt that will ever happen. 😦

10. To avoid writing BLOGS where because I’ve really got nothing to say, I just post a series of random photos I’ve taken and write ridiculous captions in order to squeeze a desperate trickle of humour from the withered fruit of their essential unfunniness. (Note to self: Might need to work harder on Commitment 7)

Well there they are, my COMMITMENTS for 2014. Wish me luck with keeping them! 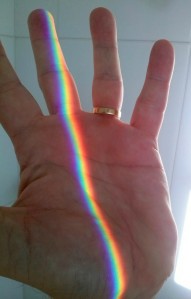 I developed this rash on my hand but when I went to the doctor she wasn’t very sympathetic. She just said, “You’ve been spending far too much time in the sun, so what did you exspectrum?” 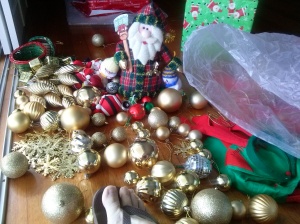 I spent hours decorating the Christmas tree before I realised I’d forgotten to buy a tree!

My decision to avoid using pesticides in the garden worked a treat.

I was unjustly ejected from the museum for attempting to scratch my name into this car. Come on, lighten up stuffy museum guys! Some people would have killed for that autograph.

My daughter Meg and I got stuck on this giant Golden Dalek spaceship and were transported through a space-time continuum where we had to avert an imminent invasion of Earth. But apart from that nothing much happened. 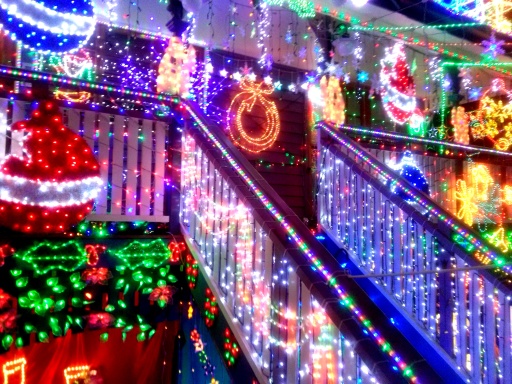 I didn’t feel much like doing the whole “Christmas lights thing” this year so I just put in a token effort. 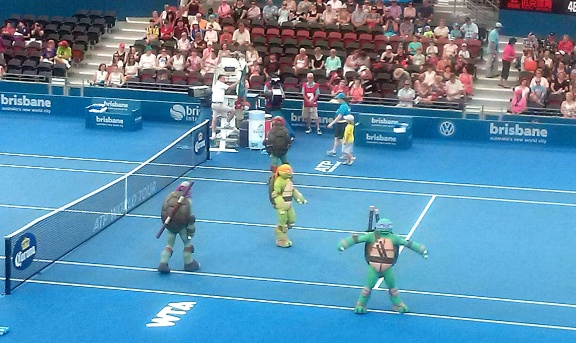 We went to the Brisbane International Tennis tournament and I must say I was pretty impressed with some of the outfits this year.

Meg’s pet crocodile got too big and had to be put down. Very deflating experience for her. 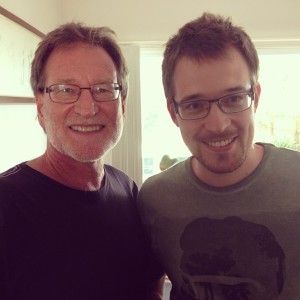 The illustrator of the Eric Vale Books Joe Bauer made me this model of the character Chewy for Christmas so I decided to officially adopt him. (Joe not Chewy) (But only on a trial basis.)

I also got this cheetah for Christmas. Sadly the “getting to know you” session with my pet hamster didn’t go as smoothly as I had hoped. 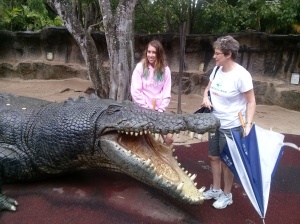 On a visit to the zoo my wife and daughter were tragically taken by a giant croc. But not before I managed to snap this great action shot!

With the left over tinsel from the Christmas tree I built this! On Christmas Day it came to life and destroyed the neighbourhood. My bad!

That’s it. Thumbs up to a Happy and Super-Positive New Year and to more regular blogging.

10 Responses to blog 60: In which I say farewell to 2013 and plunge headfirst (after carefully checking the depth of the water with a stick) into 2014.