blog 109: In which I man-splain to the CBCA Judges How They Should Vote in the 2018 Early Childhood Category as only a Middle-aged White Male who has a book on the Short-list, really can.

As you may have heard RODNEY LOSES IT! written by me and illustrated by the awesome Chrissie Krebs has been shortlisted for the 2018 CBCA awards in the Early Childhood category and obviously we’re both thrilled and honoured!

Now some of you might recall that back in 2011 when my book JUST A DOG was up for a CBCA award in the Younger Readers category I wrote a blog entitled: blog 17: In which I give some helpful advice to the CBCA Judges. And you might also recall that in that blog, mainly as a result of youthful enthusiasm, I may have attempted to boost my chances of winning, by engaging in some very minor character-assassination of my fellow shortlistees.

Obviously, with the benefit of hindsight, this was UNACCEPTABLE CONDUCT.

So first up, I’d like to apologise whole-heartedly for suggesting as I did on that occasion, that some of Australia’s greatest children’s authors might be Voldemort sympathizers, large-scale tax evaders, mentally unstable, notorious Scrabble cheats or International Arms Dealers.

Anyway, I’m sure you’ll be pleased to hear that this time around, I have abandoned my previous cynical, grubby and underhanded approach because (a) over the years I’ve become a much more mature person, and (b) last time it didn’t work.

So what follows is my calm, logical and balanced analysis of the six shortlisted books in the Early Childhood category of the 2018 CBCA Awards, concluding with an objective and honest assessment of whom I feel  the ultimate winner should be. 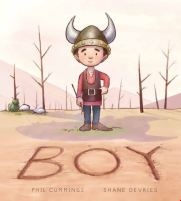 PROS?: Beautiful and clever story about a gentle hero and the importance of communication. (Plus Phil is one of the loveliest of lovely men and as you can tell by the photo below, he also thinks highly of me.) 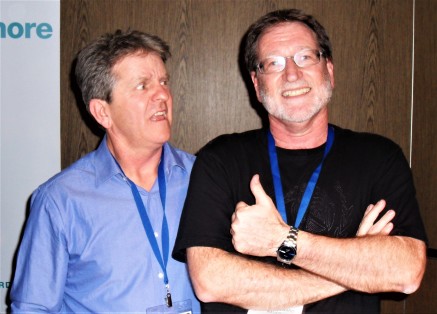 CONS?: Nothing comes to mind.

PROS?: A delightful and charming story that’s sure to become a family favourite from one of the giants of pictures books in Australia – or anywhere! 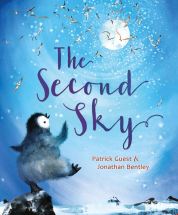 PROS?: A wonderful story about dreams and the courage and determination needed to pursue them, as well as the awareness needed to achieve them. 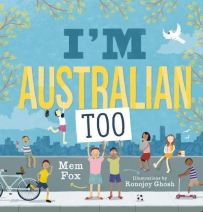 4. I’M AUSTRALIAN TOO written by Mem Fox and illustrated by Ronojoy Ghosh.

PROS?: A timely and much-needed story about inclusion, acceptance and the celebration of difference by the Queen Bee of children’s picture books. (The photo below shows me with the marvelous Mem discussing an idea I had for a picture book called I’M A QUEENSLANDER – AND YOU’RE NOT!) 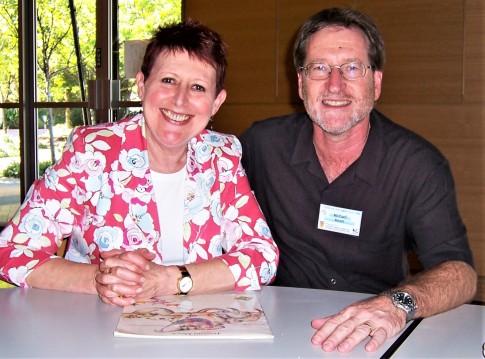 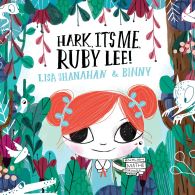 5. HARK, IT’S ME, RUBY LEE! written by Lisa Shanahan and illustrated by Binny.

PROS?: A quirky and funny story about strengths and weaknesses and about the importance of being yourself. 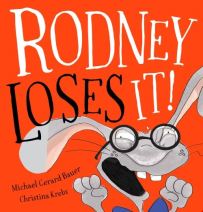 RODNEY LOSES IT! written by Michael Gerard Bauer and illustrated by Chrissie Krebs.

CONS?: Are you serious? Where do I start? It’s a story about a highly strung, possibly unhinged, drawing-obsessed rabbit who loses his favourite pen and then goes ballistic.  That’s it! It has no redeeming social values at all! Honestly I tried to look beneath the surface for deeper meaning but all I found was the bottom of the surface. And as for different levels, forget it. It’s all basement, rising damp and exposed plumbing! And to make matters even worse, the disgraceful tantrum that the main character throws is almost directly responsible for him finding his precious pen. What sort of message does this send to children? Lose control, throw a tantrum, go berserk and everything will work out just fine? It’s a disgrace I tell you! And then there’s that ending! Has the world gone completely mad? Surely a kiddies’ book should provide some kind of hopeful and happy resolution? But no. I mean, what sort of a bitter, empty shell of a human being would even consider writing such a thing for impressionable young minds? Seriously, if it wasn’t for the wonderful illustrations I wouldn’t have had the strength to drag myself kicking and screaming through to the final page.

VERDICT: What do you think!

CONCLUSION: Having examined each of the six shortlisted text closely, it’s clear to me that the WINNER of the 2018 CBCA Book of the Year for Early Childhood should definitely be:

(a) Chrissie Krebs deserves an award for her brilliant illustrations, and

(b) even though each of the other nominees were found to be more worthy of the prize, I think it would be a sin for the CBCA Judges to pass up the delicious irony of having a book called Rodney Loses It actually winning it!

Well that concludes my calm, logical and balanced analysis. I hope it proves helpful and edifying for the CBCA judges, as well as deeply, deeply persuasive.

6 Responses to blog 109: In which I man-splain to the CBCA Judges How They Should Vote in the 2018 Early Childhood Category as only a Middle-aged White Male who has a book on the Short-list, really can.