I was thinking the other day (yes, it does happen occasionally) that every new thing I’ve written has been different in some fundamental way from everything else that has gone before it.

My first published book The Running Man was a very serious YA novel.

This was followed by the Ishmael books which were comedies.

Then came Dinosaur Knights which was an action-adventure story with a touch of sci-fi and history.

Next was You Turkeys which was my first chapter book for early readers and also my first illustrated book thanks to Nahum Ziersch. Hi Nahum!

The Eric Vale series and their spin offs the Derek ‘Danger’ Dale series were different again because they were in a cartoon/comic book/graphic novel style and they were the first books I shared with my son Joe as illustrator.

My most recent book The Pain, My Mother, Sir Tiffy, Cyber Boy and Me is a light-hearted teenage novel like the Ishmael books but it’s different from everything else I’ve done because for the first time it features a female character Maggie Butt as the first person narrator.

And in September 2017 I’m happy and excited to say, my first children’s picture book Rodney Loses It! will be published by Scholastic Australia with fabulous illustrations by Chrissie Krebs. 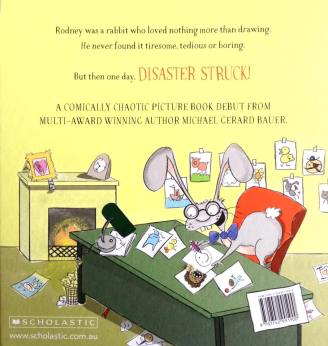 All of which brings me to the current WORK IN PROGRESS – my unauthorised autobiography with each copy personally handwritten in crayon on recycled butcher’s paper!

Wait, wait, wait.  Calm down.  Don’t get too excited. It was all just a cruel joke that went too far. I apologise without reservation. (and next time I promise I’ll book ahead with my apology.)

I never really like to talk much about what I’m  currently working on until it’s all finished. I’d be hopeless in a writers’ group. But what I can say is that my WIP is a semi-serious teenager novel with a 16-year-old boy as the narrator. So in that respect it’s similar to the Ishmael books although not with as much exaggerated humour.

The two main points of difference for the WIP from everything else I’ve had published, are that firstly, it’s  written in the present tense and secondly, all the action takes at one place on the one day – around eight hours to be more precise. The setting is a university open day for future students. 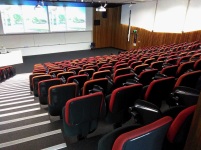 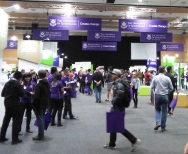 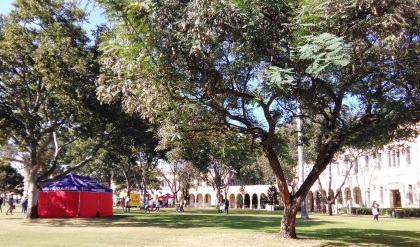 So far I’m on about my fourth draft. I think it’s getting there. Maybe 75+% of what I feel it could be. So there’s still a bit of improvement to go yet before I’m ready to let someone else read it (after my wife Adriana who is always my first reader) and pass their judgement on it. 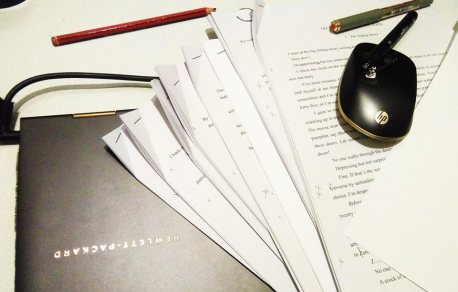 And the next project after that?

Well I guess, ironically (or is it paradoxically) given the theme of this post, if all goes to plan, the next project actually won’t involve me doing something different.

Instead it will be a return to something I haven’t done since my first novel The Running Man was published in 2004 – and that is, to write a completely serious dramatic story. A story that might be set again in my home suburb of Ashgrove and could even contain some slender plot threads that link it ever so slightly to The Running Man.

Well that’s the plan, but of course there’s no guarantee that will actually happen because I’ve been going to write that serious YA novel for about the last six years now, and every time I’ve thought that I was ready to start, some other story has always managed to push its way in ahead of it.

But that’s the way it goes. You don’t find stories. They find you. And often they can be determined and stubborn little buggers who demand to be heard.

So while I think my next project will be a serious YA novel, you know what they say about the best laid plans of Mike and men …

4 Responses to blog 101: In which I say something (but not much) about my WIP.