blog 98: In which I tell of some things that have happened.

DISCLAIMER: Ok from now on whenever I start a new blog, I’m not going to even mention that in the previous blog (and every blog before that) I apologized for the long time between posts, made a firm and sincere promise that I would definitely blog more frequently, and then … well obviously didn’t. Let’s just take that as a given in future so we can all move on.

Right. So since my last blog, here’s SOME THINGS THAT HAVE HAPPENED …

# My wife and I have gone on a bit of a fitness and diet kick to lose a few kilos and get fitter. It’s going well so far. I’m just a shadow of my former self and my wife is so slim I haven’t actually seen her for weeks. At least I’m assuming that’s because of the diet …

Anyway, here’s a recent picture of trimmed-down me on the day I auditioned for the lead role in the live action version of Kung-Fu Panda. Sadly I didn’t get the gig because apparently there wasn’t enough light and shade in my performance. Can you believe it? And of course, that’s my svelte wife standing beside me. 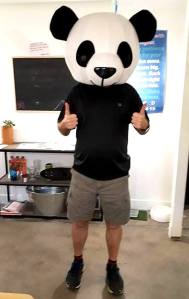 # I’ve had some great school visits recently at Mt Gravatt SHS, Brisbane State High, Marist Ashgrove, Ambrose-Treacy College, Emmaus College Jimboomba and St Aloysius College Sydney. Thanks to all the students and staff for making me feel so welcome.

They are all terrific schools of course, but for views it’s pretty tough to beat the one below from the library windows of St Aloysius in Sydney. Hi to Serena and all the team there!

# I attended the Romancing the Stars event organised by Book Links Qld at Nudgee College. As always it was a lot of fun and on the night I also had the honour of launching Brian Falkner’s exciting new book Shooting Stars. 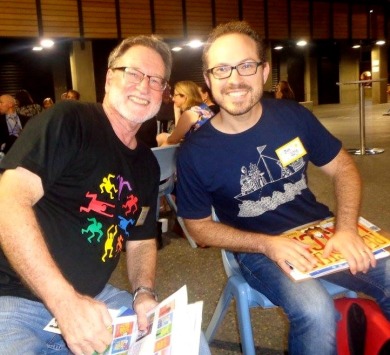 # I had the pleasure of being one of the Book Slammers (along with Megan Daley, Chris Bongers, Trish Buckley and others) at an event put on by the CBCA Qld branch. For the Book Slam you are required to choose a book from the 2017 CBCA Notables List and spruik it for 3 minutes in any way you like. At first I considered bringing my guitar and singing my slam, but then I thought, “These poor people have never done anything awful to me. They don’t deserve that.” So in the end I presented it in poetry form.

My chosen book was Glenda Millard’s beautiful The Stars at Oktober Bend. There were 20 verses in my slam poem. You’ve never done anything awful to me either (that I’m aware of!) so here are just the last 10 verses.

Deep within Oktober Bend
The Nightingales are hiding
A family shattered by the past
Their secrets not confiding.

A father dead, a mother gone
And papa locked in jail
A loyal brother armed with love
A grandma sick and frail

So goes this tale of broken lives
Of shameful deeds and malice
Of courage, love, of letting go
All told by broken Alice

Can poetry set them both free
And ease their pain and sorrows?
Can yesterdays be held at bay
By hope of shared tomorrows?

Will broken boy and broken girl
Find healing in each other?
Can broken sister learn to share
The love of loyal brother?

Could it be true that we can’t mend
Until we show we’re broken?
And are the words that scar us most
Those ones we leave unspoken?

All these answers you might find
Upon the tale’s unfolding
But lose your heart you will, like me
Within the book you’re holding

And so, I recommend to you
This story, true and tender
My vote goes to Oktober Bend
My heart belongs to Glenda

# My wife and I spent a few lovely and relaxing days with some good friends at beautiful Caloundra Beach on the Queensland Sunshine Coast . 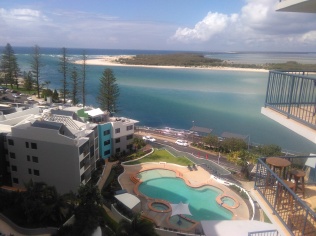 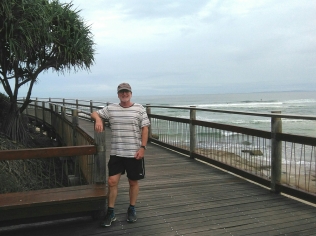 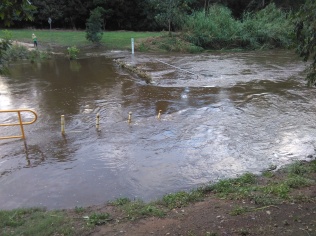 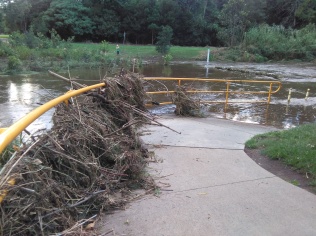 … and on my walks I continued to take random photos. 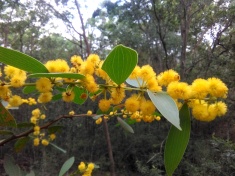 # My wife Adrie (95% of the work) and I (5% of the work) did catering for our son Joe and daughter-in-law Rita’s month-long film shoot of six new episodes of their hilarious You Tube comedy series THE VOID. They finished up doing the final green screen shots at our place last night.

You can watch lots of Joe and Rita’s fantastic ARTSPEAR productions HERE  including the entire first season of THE VOID and their hugely popular (215,000 subscribers and over 20 million views) TOON SANDWICH MOVIE TRAILER SPOOFS. 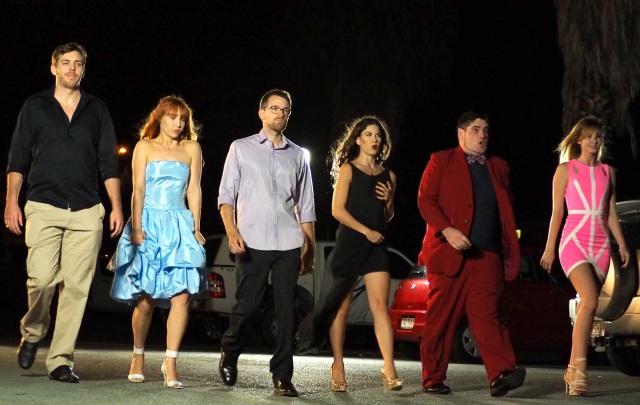 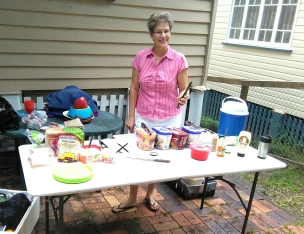 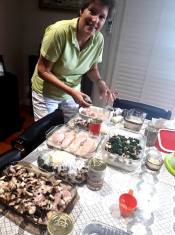 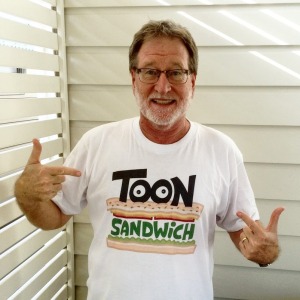 # As far as writing goes, I’ve been busy working on a new teenage novel (male narrator this time) where the action takes place over just one day. I’m into my 4th draft and each draft has made me a little happier so that’s a positive sign. I’m also really looking forward to the release of my first picture book with Scholastic Australia in September. 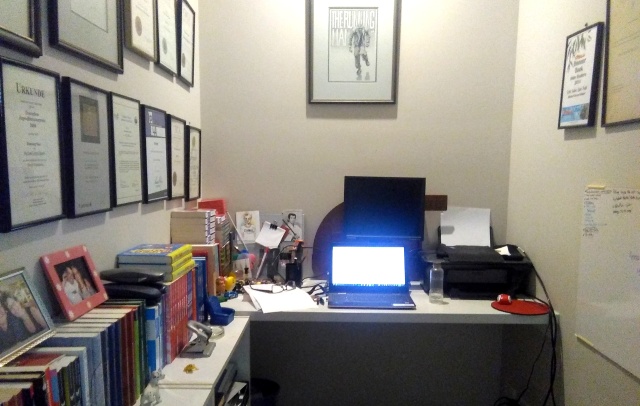 This is a shot of me not working at my desk.

# I was really pleased to see The Pain, My Mother, Sir Tiffy Cyber Boy and Me make the Older Reader’s Shortlist for the WAYBRA Awards. Thanks guys! Also really happy to learn that the book will be published in Germany by Carl Hanser and translated once again by the amazing Dr Ute Mihr. She has already worked her magic on eight of my books. Speaking of Germany, it was great to receive copies of the hardback German edition of Eric Vale 3 from Carl Hanser/dtv.  Joe and I love these editions. 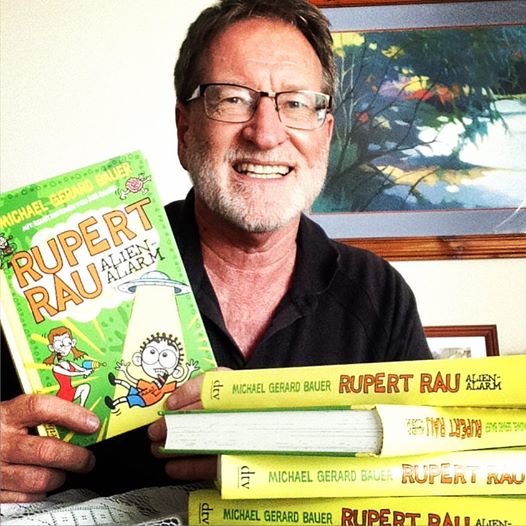 # And lastly, following on from my previous blog where I foolishly gave into the enormous pressure and posted a picture of myself with a giant fruit ice block that so many people had been demanding for so many years, I now find myself inundated with bizarre photo requests!

So this time I’m posting these two photos in response to the countless requests I’ve had for shots of me with Bruce Lee and me pointing at a sign that says, ‘The revolution will not be televised’. 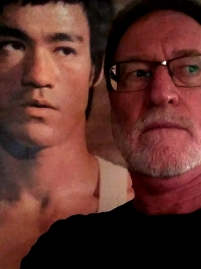 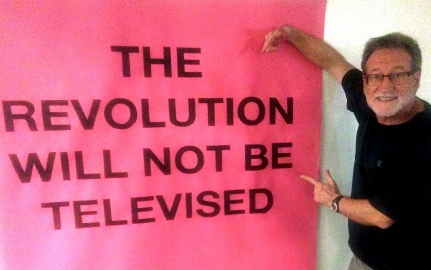 And keep those photo request rolling in!

Apart from all those trivial things above, I just want to end by saying that all my love, thoughts and prayers, and that of my wife and family, go out to Megan Daley (Children’s Books Daily) and her beautiful family in a time of incredible loss and sadness.