REBLOG#6: (a blog from the backlog!) blog 11: In which I ponder whether a rose by any other name would just be confusing. 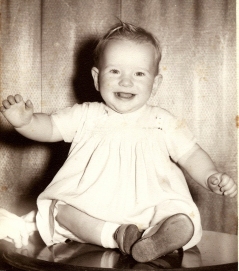 The story goes that I was given the name Michael because when my mother was pregnant with me, the old lady next door said something like, ‘Not long now till Michael is born.’ For some reason she just assumed that would be my name even though my mother had never suggested it. I like to think our neighbour back then was psychic and had foreseen some great destiny for me. On the other hand, she might have been clinically insane which would probably explain a lot about her. And me.

As it turned out, I’m glad I was called Michael. I like my name. That probably started when I was in Grade Two at the local Catholic School and our teacher said we all had Guardian Angels looking after us. I soon found out that my Guardian Angel wasn’t just any run of the clouds dude. He was the head man, the El Supremo, the Big Kahuna. He was Michael the Archangel – the Aragorn of Angels! 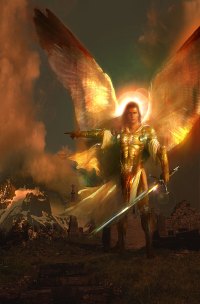 Not only that, but in the classroom there was this massive heavy vinyl poster of A-A Michael dressed in armour and standing on top of a mountain peak surrounded by dark clouds and lightning, holding forth a sword to the sky. He looked like he’d been really working out too! No doubt about it, if you were going to have a Guardian Angel, then this was the guy you wanted. It was like being given Shintaro or the Terminator or Superman as your personal body-guard! Suddenly I was indestructible! I immediately went up and confronted the grade two bully. I was immediately beaten to a pulp. Apparently the Lord works in really annoying ways.

Another interesting thing about having Michael as your name, is how many different forms and variations it can take. More than just about any other name I can think of. Personally, I always refer to myself as Michael. Sometimes I say Mike but it feels a bit strange and a little too intimate. I just don’t think I know me that well. Besides it always sounds false and pretentious when people refer to themselves in the third person and Michael Gerard Bauer is definitely not the kind of person to do that!

However I don’t mind at all what other people call me and I have many close family and friends who never use Michael at all, preferring Mike or Mick as well as variations such as Mikey, Micky, Mikail and even occasionally Michelle! At one time my cousin and best friend took a shine to calling me Mitch. When I was little I often got the double bunger Michael Gerard but also sadly Micky Drippin’. (I’d like to stress here, that to the best of my knowledge, the Drippin’ was a reference to the stuff you cook with, not to any allegedly leaky part of my anatomy).

I think we’d all agree that Mickey Drippin’ is taking creative name mangling too far!

I’ve since discovered that I’m not the only Michael whose had liberties taken with their name. One girl told me that as a child her father was called Underdaks Micky (That’s gold!) and a boy once said when he was little he got Mickety Pickety! What is wrong with you non-Michael people out there?! Haven’t you got anything better to do?

Which brings me to the important moment in my life when I had to settle on an author name. 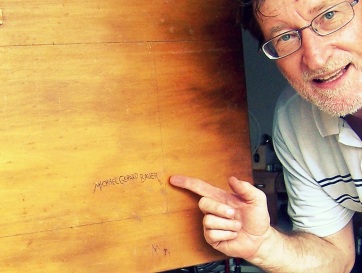 But there are drawbacks to choosing the name Michael Gerard Bauer as your author’s name. They are these:

~ You sound like a bit of poser. Especially when people pronounce your middle name Geraaaaaaaaaaaaarrrrrd rather than Gerrid like it’s meant to be.

~ The longer your name the harder it is to fit on the cover of your books so it will be in smaller font and we all know the size of the author’s name is usually in direct proportion to the author’s success and popularity.

~ Finally, having three names can confuse people. Is his last name Bauer or Gerard-Bauer? And what order did they go in again? 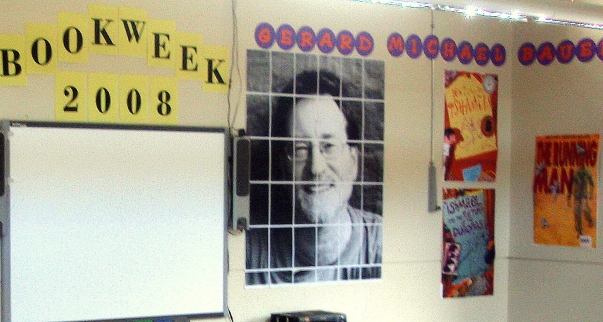 GMB? It just doesn’t have the same ring to it.

These days when I weigh up all the pros and cons, I’m very happy with my decision to go with Michael Gerard Bauer. Except perhaps for this one nagging doubt:

Maybe if I’d chosen something like Micky Drippin’ Underdaks, I might have ended up the next Andy Griffiths.