blog 27: In which I tell a tale of J. D. Salinger, the Sad-Eyed Lady of the Lowlands, unrequited love and the redemptive power of stories.

“Seymour once said that all we do our whole lives is go from one little piece of Holy Ground to the next. Is he never wrong?” (Seymour: an Introduction, JD Salinger)

I guess everyone has an ‘unrequited love’ story buried in their past somewhere. Personally, I’ve got enough for a sizable anthology. Here’s the best, or worst, depending on how you like to look at it.

During my Dip Ed year at Uni I fell hopelessly in love with a girl in my English tutorial called Cassie. (Not her real name by the way. That was Suzie.) (Haha, just kiddin’. It was actually Sophie.) (Ok, I promise to stop doing that now.) 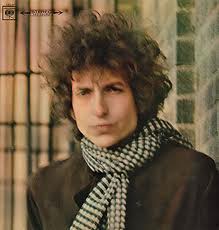 To me  Cassie was pretty much perfect. She was slightly built, more gypsy or hippie than fashion model, with longish hair, a voice that was a little frayed around the edges and sleepy brown eyes.  I often thought of her as “the Sad-eyed Lady of the Lowlands” which is the title of a beautiful twelve-minute long Bob Dylan song from the album Blonde on Blonde. At the beginning of the year Cassie presented a talk to our tutorial group. From that moment on, as far as my heart was concerned, it was pretty much “Game Over man!”

Anyway as the Dip Ed year progressed Cassie and I became friends. Naturally I never mentioned how I really felt about her or asked her how she felt about me, because clearly that would have taken something akin to courage. Besides, surely it makes much more sense to live your life in blissful ignorance, whilst maintaining an eternal unfulfilled hope, rather than to actually take a risk and possibly find out what could be a very unpleasant and depressing truth. Surely?

However one day when Cassie and I were discussing books and writers, we discovered that some of the books that she “just adored!” I hadn’t read. So, in order to further my literary education, she put together for me a small collection of her most beloved books to read over the upcoming break.

Anyway, fast forward to the last day of first semester; the day of our final exam. Somehow I had managed to pluck up the courage to ask Cassie out. After all, she’d given me her very favourite books, hadn’t she? That had to mean something, right? This was a  huge decision for me. I never took risks like this. A girl would have to beat me over the head with a club and drag me into a cave before I even considered there might be the remotest possibility she was interested in me. (I should point out here that the previous scenario rarely eventuated.) But that day, as I watched Cassie across a sea of desks, I decided if anyone was worth the risk of total heart annihilation, it had to be her.

After the exam I waited around nervously as the crowd dispersed and finally got her alone. We chatted about the exam and about the holidays and then I did something I thought I would never be able to do. I asked Cassie if maybe … you know if she wasn’t doing anything else … she might to like to … perhaps … go to the pictures … maybe tonight even … or do something … anything … you know … with me … sometime … anytime … but like … only if she really wanted to of course. (Except that under the pressure of the moment, I didn’t express it quite as cleverly as that!)

I don’t think I’ll ever forget the look on her face as she was taking in my words. Sort of a swirling whirlpool mix of surprise, confusion, dread, sadness and embarrassment.

Basically she said no – but in the nicest, kindest, gentlest possible way, because she really was lovely. And naturally I planted a fixed smile on my face like it was only a cup of coffee that she was turning down, and I laughed and told her it was fine and that I understood and not to worry about it and to be sure to have a great break and that I’d catch up with her next term and that, yes, I’d definitely read those books. Then I waved goodbye and strode off through the crowd with my fixed smile as my ever constant companion and climbed into my car and drove home.

And for every second of that drive home, I directed at myself the most foul-mouthed barrage of abuse I could conjure up for being such an idiot to think it could have ever turned out any other way. Oh and there may have also been a few very manly type tears. All I know is, I’ve never hated myself as much as I did that day.

Back at home, the holidays I’d been hanging out for like an oasis in the desert, had dissolved into just another barren wasteland. I left Cassie’s books on my desk where they sat for days as a mocking reminder of what a fool I’d been. It took almost two weeks before I had the heart to even hold one of those books. But before the holidays ended, I had read them all.

In amongst them was a collection of short stories by J. D. Salinger called For Esme with Love and Squalor along with his three novellas Franny and Zooey; Raise High the Roof Beams, Carpenter; and Seymour: an introduction. I remembered how Cassie had hugged them all to her heart to show me how much she loved them.

So one day, I put my hurt aside and began to read.

ps: For those who like a happier ending. A couple of weeks into the next term a girl from a different tutorial who Ididn’t know that well came up to me and beat me over the head with a club and dragged me into a cave. Or more literally, she asked me if I’d like to go with her to an upcoming University College Ball. I’m pretty sure I was saying Yes before I even knew what she was inviting me to. From that moment on, my year improved significantly.

pps: And here’s something a little weird. At the end of Dip Ed, I said goodbye to Cassie and we exchanged contact details that neither of us would ever use. I only ever saw her again once. It was the following year and strangely enough it was at my first ever Bob Dylan concert. She saw me in the crowd before the show. It was great to catch up and share stories of our first year out teaching. When she left, a friend who was there with me said, “Wow, who was that? I’m impressed. Man, she looked like the Sad-eyed Lady of the Lowlands!” I’d never mentioned anything about that nickname to anyone.

ppps: My favourite tale of unrequited or lost love, and possibly one of the saddest, is in the For Esme With Love and Squalor collection. It’s the short story called The Laughing Man.

This entry was posted in Uncategorized and tagged Bob Dylan, For Esme with Love and Squalor, Franny and Zooey, J D Salinger, Raise High the Roof Beam Carpenters, Seymour an Introduction, The Sad-Eyed Lady of the Lowlands. Bookmark the permalink.

9 Responses to blog 27: In which I tell a tale of J. D. Salinger, the Sad-Eyed Lady of the Lowlands, unrequited love and the redemptive power of stories.