blog 25: In which I learn something new about the real Running Man 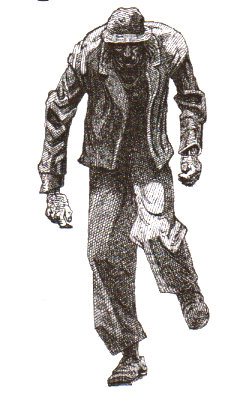 The title character of my YA novel The Running Man was based on my childhood memories of a real man who used to scamper around the streets of Ashgrove.

This is how he is described in the book:

Joseph called him the Running Man because he did just that – he ran, and he ran all the time. But when he moved, it was not in any graceful athletic way, but rather with a lopsided canter, as if he were being pursued by some demon that only he could see.

To Joseph’s relief, their paths crossed only rarely, but when they did, his heart would race like the Running Man’s feet long after the frantic shuffling figure had disappeared from sight. And it was not just his desperate haste that made the Running Man unique. His clothes were old and worn and hung about his tall, thin frame like rags on a scarecrow, his long and wispy hair sprouting chaotically from under a crumpled short-brimmed hat. To add to his unnerving appearance, wide, bulging eyes shifted wildly above his sharp cheekbones. His overall manner was of someone who had been in hiding most of his life and had suddenly been thrust out into a strange and startling world.

Apart from my memories of his physical appearance and mannerisms, at the time of writing the book, I knew nothing about the real man who had inspired the title character. I didn’t know his name, where he lived, if he had any family or anything about his life and background. The Running Man’s story as revealed in the novel is purely fictional. 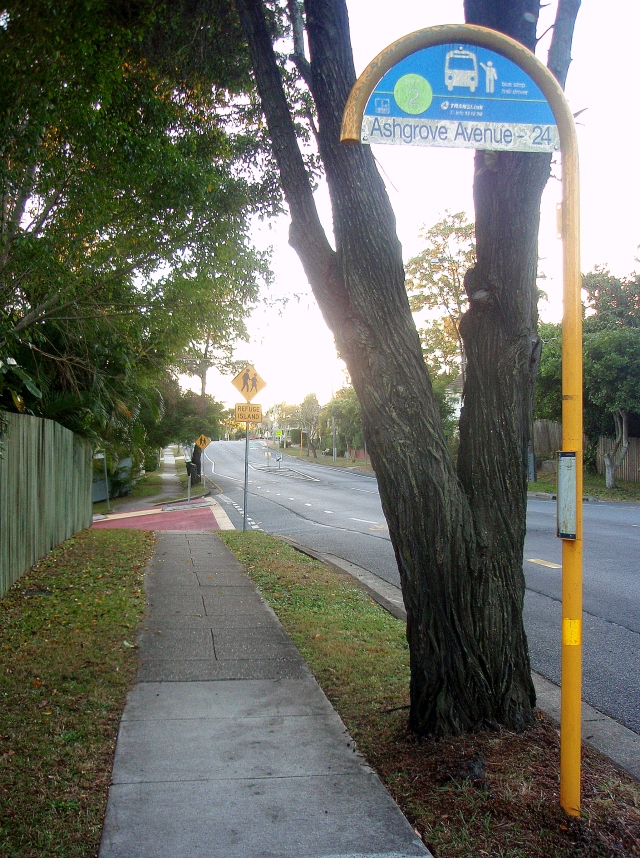 "Joseph would catch glimpses of the Running Man from time to time as he ghosted past Arthur Street and disappeared down Ashgrove Avenue, yet he usually had no idea where the Running Man came from or where he was headed." The Running Man p26

The real name of person who I labeled the Running Man, and who others knew as Speedy, was Lawrence. He passed away around 20 years ago but a lot of people still remember him.

A few days ago I met a man on one of my early morning walks who knew something else about Lawrence. He said his Aunt had told him that Lawrence had a passion for Steamrollers. In fact his Aunt said that once when they were doing roadworks in Ashgrove they would leave the steamroller parked on the street overnight and Lawrence would sneak out and sleep beside it.

For some reason this story made my day. Something about a man who everyone remembers mainly for his frantic, desperate haste loving something as predictable and slow-moving as a steamroller really appeals to me.

What’s that they say about opposites attracting and truth being stranger (and perhaps even more beautiful) than fiction?

This entry was posted in Uncategorized and tagged Ashgrove, The Running Man, YA. Bookmark the permalink.

4 Responses to blog 25: In which I learn something new about the real Running Man